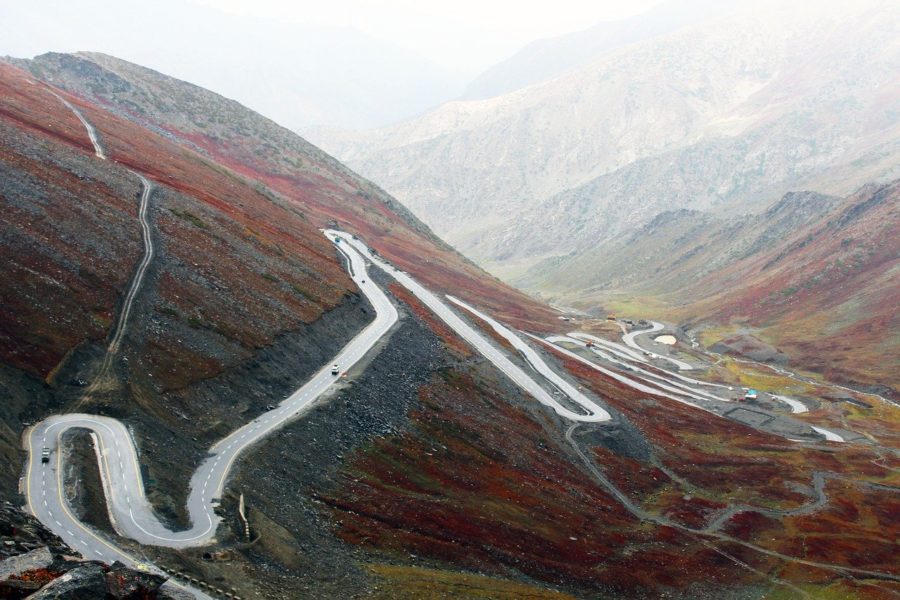 As a student in 1968 Vienna, I frequented a dive of a café near my lodgings in the third district. It was dodgy and not gemütlich at all: a worker joint with a perpetual haze of blue smoke overhead, a zinc bar, and a jukebox on which someone was always playing “Rock around the Clock.”

I would take my small orange-covered, graph lined Rhodia notebook and a pocketful of Staedtler HB pencils with me whenever I went there, order an achtel of gut-burning Vetliner white wine, and imagine I was another Hemingway in the making.

At the time, the Vienna I lived in was a neutral zone. Like Berlin, the city had been occupied and divided into four zones following World War II. In 1954, it regained its freedom, but was declared a neutral city and Austria a neutral country. Because of its neutrality and its location on the borderlands of east and west, it was also a spy’s paradise.

You really truly never knew who among your friends and acquaintances might be working for this or that intelligence agency. Not only was it East vs. West in Vienna, but Austria also had a massive intelligence service for such a small country, eager to track potential foreign trouble makers within its borders who might cause problems with countries of the East Bloc, which virtually surrounded the tiny nation.

It’s also vital to note Vienna had a lenient 20-year statute of limitations against Nazi war criminals. Thus, as with one’s friends and spying, you never knew if your cheery landlord was a former SS or not.

One evening when I was working at the café, a rather drunken man at the next table asked me what I was scribbling. I humored him–he seemed a pleasant enough type–and said I was trying to write a short story about Vienna. He immediately got up, came to my table, and sat down without being invited, breathing rank fumes in my face as he leaned in toward me. “I’ve got a story,” he all but hissed. Then he cast his eyes about the room to make sure no one was watching.

It was early autumn and a warm evening; he was dressed in short sleeves. He quickly pulled up the sleeve on his left arm. There, on the inside of his upper bicep was a black tattoo. It took me a moment to decipher it, for it was in Gothic script. I finally realized that it was the letters “AB”.

I raised my eyebrows; he nodded. An avid reader of thrillers even then, I knew that this was his blood type.

It was also his badge: He was a former SS.

“I have stories,” he whispered.

At that moment I realized I was not in Kansas (or in my case, Oregon) anymore. I was out in the big world where anything could happen, swept up into the cyclone of history. I remember the frisson of excitement I experienced at that realization. I wanted to keep repeating it.

And in fact, I did. I stayed on in Vienna for almost two more decades, freelancing for newspapers in the United States and teaching English to adults at night. My props for the latter was the fact that I spoke English natively and watched another teacher do her bit for an hour for my teacher training.

During these first years, I occasionally saw an old acquaintance from Oregon who was also living in Vienna. She was a smart and politically engaged young woman, and my wife and I would sometimes meet her and her friends from both Austria and the Balkans at a beer and wine house. Other times we might go to her rooms for a light dinner and listen to the latest music her Viennese friend Rainer brought over. He was a tall reedy fellow who liked to dress in black and wore his hair long–which made him stand out in staid old Vienna. He would bring his boom-box and we’d enjoy some salami and cheese along with the latest in Euro-rock.

Later my friend from Oregon got into trouble in Belgrade trying to support the political machinations of one of her other friends. I am being circumspect here and deliberately vague about her troubles as I want to protect her identity. Anyway, she spent some miserable months in a jail there before being deported from the country and returning to the United States. Because of her activities, she was no longer welcome in Austria.

I soon forgot the incident, busy with my first big work of nonfiction, a bio of Hitler’s early years as a hungry artist, set against the vibrant and largely Jewish cultural revolution of 1900 Vienna.

And then, about a year or maybe even two years later, I finally noticed someone.

At first I thought it might be a shopkeeper I did occasional business with. That would explain why he looked so familiar. The butcher on Langegasse or the wine merchant in the Altstadt. He had the same general features: slight build, medium height, light brown hair and eyes, gray overcoat. Nothing stood out. A figure that blends into the background.

I would catch sight of him across the Josefstaedterstrasse on my way to the language institute where I taught; see his reflection in a store window on Graben and he would quickly turn away; pass by him leaving the Stadtbahn station, his back to me, his head buried in a day-old issue of the Kurier. Once I actually came upon him talking with my building portier, a guilty look on both their faces.

I mentioned this to another acquaintance of mine and he laughed one of those knowing laughs that sent a shiver up my spine.

“The guy’s a spook. Most likely for Austria. And not very good at his job for you to make him.”

“And you would know this because…?”

But I did not really want to know. He simply raised his hands in the eternal Viennese shrug that told me he knew tradecraft, that he too was making money from one intelligence agency or another. I never inquired which.

This acquaintance knew how to interrogate; in under five minutes he had the story of my politically engaged friend and her misstep in Belgrade. Two more minutes and he nailed the link.

“This Rainer and his boom box? I expect they’ve got all your conversations on tape at the Ministry of the Interior.”

Until I discovered that I had my very own watcher, I had been living in another make-believe Vienna of schlagobers and Mozart. I had partly believed the tourist propaganda of the city of dreams and waltz.

My watcher stayed with me for another half a year, until I moved on for a time to Greece. Returning to Vienna the next fall, I no longer saw him or sensed his presence. But it was a wake up for me. I began to look at the underside of Vienna after the watcher; seeing the city as not only beautiful, but also treacherous. It was–as with the SS man with stories to tell–an experience that has remained with me, informing all of my writing about Vienna.

J. Sydney Jones is an American author who studied and lived Vienna for two decades. In the late 1970s, he began writing travel books, many of which covered Central Europe, and published his first thriller, Time of the Wolf, in 1990. In 2009, Jones published The Empty Mirror, a mystery set in late-nineteenth-century Vienna that would become the first book in his Viennese Mystery series.

In Basic Law, Kramer is a burned out reporter working in post Cold-War Vienna. News of the suicide of his long-estranged ex-girlfriend Reni, shatters Kramer’s quiet private life. He suddenly finds himself the executor of Reni’s literary estate-but the damning memoir named in her will is nowhere to be found. Kramer has