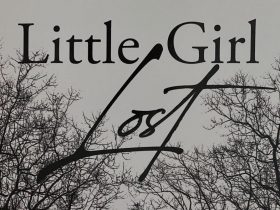 As time is dragging by while I simmer in the shrinking cage of my unrequited passion, neglected by you in favor of a million pursuits the most insignificant of which are still worthier to you than a kind word to your faithful lover, distant memories and new insights avail themselves to my maundering mind, shedding light on the past and anticipating the future. How many times your alluring lips whispered unbearable accusations of sins I was never guilty of, loving you eternally as a flame of heavenly grace in the valley of morbid darkness; and how many times your timid heart shut when the feeble glow of nascent ecstasy was about to heighten and take us both beyond the sunset! There you stood, bewitching and irresistible, dying daylight curving around the contours of your prepossessing body, with your magnetic eyes captivating my will and reason, leaving me with nothing but awe to cover my naked soul. And as the sight of your face, the sound of your voice and the scent of your perfume blended into the epitome of womanly perfection so close yet too elusive to be captured even in a poetic line, your words demonized my devoted attention until there was no other way but to flee. And yet, despite all the injustice I suffered on behalf of my unconditional admiration, there was but one grave mistake you made regarding our relationship, which, by the Kafkaesque irony of nature, distorted the single cornerstone premise upon which your idea of me was built.

You thought I wanted you to love me for my own sake, and it was not the case. Since birth, I carry an elegant curse making me care for the well-being of others more than I care for myself and, yielding to its another peremptory command, I wanted you to love me because it was (and somehow still remains, despite all the savage abuse our relationship has suffered over the years) your chance to experience true love. In our world, love is advertised to the point where most people think they know what it is, remaining completely ignorant of the fact that the true kind of this feeling is accessible to such a negligible proportion of population that the odds of encountering a single representative of that group are astronomically low. Naturally, born poets are among those bestowed with both this high honor and the higher responsibility that comes with it, and the dream of introducing you to the magical reality of true love was the force that guided and drove me beyond human endurance, leading to ultimate recklessness on multiple occasions. But even in the darkest of them the focal flap of a butterfly’s wings which had set off the centrifugal rotation of a voracious tornado was my urge to change your life to an alternative that would be incomparably superior to anything you had known because (and here my eyes water again in impotence!) nobody else deserved it more than you.

In one of our former discussions, you have nonchalantly suggested that we put our relationship to an end once and for good as it would benefit us both; not only would I wholeheartedly support this plan if you were correct in your prediction, I would also agree to it if I were the only party to incur damage as a result. But how am I to accept that a most precious, unique and desirable woman blessed with beauty, character and strength sufficient for a score of young ladies willingly dooms herself to the hapless lot of mediocrity because she refuses to believe in love anymore? How am I to condone the brutal sacrifice she makes of her splendid future in favor of a life so devoid of taste and emotion that the only things differentiating it from death are toil, struggle, and pain?
This picture would not be so gloomy had it not been for a single unfortunate factor responsible for the deterioration of the originally splendid trajectory. To be betrayed by a trusted lover at the worst time of your life, betrayed so vulgarly and lowly, and by a plebeian soul who wouldn’t tell love from lust even if the entire universe were reduced to just those two opposites, is one of the harshest challenges that could be thrown at anybody; yet it is but a nature’s insensitive way of separating true champions of spirit from those who will perish without leaving the slightest trace behind. It is still excruciating to me that I could not be by your side during this crucial time, and perhaps it is fair that the incessant concern for you amounted to a loss of my best friend who allowed himself unforgivable liberty during one of our conversations about you. Without a possibility of making a positive impact in the little time before your departure, there was no choice but to let you go into the life that you always wanted, one without a place for me and my attempts to take you to the heavenly palace of rapture. But the currents in which we dwell are habitually more involved than the peak of even the wildest imagination, and here we are, caught in a somersault of our twisted desires again.

Seeing you in all your breathtaking glory, on the crest of a wave rolling your boldest ambitions to their splendid fulfillment, is one of the sweetest, most coveted fantasies imaginable; but my mortal fear is that, after stale years of uniform disappointment and disillusionment, you have already given up on yourself and prepared to accept the fate of the many who have none of your virtues, and every vice that you don’t. A mere thought of this rips my heart apart as we both carry the diamond key to the lock of existence, the veritable solution to the codified fabric of reality behind which the supernatural does flourish, and there are no words in all the familiar languages to describe how elated I am for a chance to embark on this magnificent voyage with the only woman who makes every breath count for two. And if it is not my destiny to stay with you for the entire duration; and if the thoughts of our four wunderkinds are to remain a figment of our fancy dissolved among the filaments of the nocturnal sky; mine will at least be the solace of knowing that I had the luck of showing you the beginning of the unfathomable feats one is capable of when moved by the wings of indisputable love.