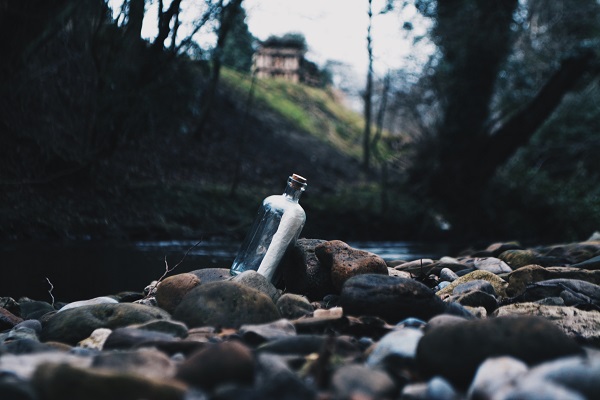 How to revise a novel with an amazon Kindle.

Writing a novel is not easy, but when it is finished the job isn’t done yet, as it is now time for revisions. In this essay I discuss an extremely effective way of how to revise a novel, or any other piece of writing. It consists of uploading the text onto Kindle as a Word document and having the device read it back to you via the text-to-speech option.

How to write a novel – 10 effective tips for aspiring authors

Contents hide
1 The Secret Power of Kindle
2 How to Revise a Novel via Text-To-Speech
2.1 Advantages
2.2 Challenges

The Secret Power of Kindle

I discovered this way of how to revise a novel rather accidentally. For a very long time, I was a big fan of Kindle’s text-to-speech option, listening to all sorts of literature, from computer-science and economics to Greek philosophy and Shakespeare. I hardly ever purchased anything from the Kindle store, by the way. Firstly, there is plenty of online libraries that offer e-books of all genres and epochs in formats compatible with Kindle. Secondly, you can wirelessly upload a Word document to your Kindle for free: all it requires is installing on your computer a simple program that converts the Word format into the one suitable for Kindle.

Knowing this allowed me to prepare for exams while walking or driving: I would simply send Word files with relevant texts to my Kindle and listed to them whenever I had a moment. This way of learning was particularly effective for coding: I had never expected that hearing all the character elements involved in, say, a JavaScript rule would make me remember both the rule and the general principle behind coding in this language. Little did I know these tricks were but bonuses on top of the ability to tackle one of the most challenging jobs of a writer: that of revising a novel.

How to Revise a Novel via Text-To-Speech

The first literary work I revised via Kindle was A Million for Eleanor, a novella of about 30,000 words that I wrote in 2010 as my senior thesis when I was an undergraduate student at Middlebury College. I didn’t come back to it until 2014, and when I finally re-read it, I was horrified. The main problem was that, at the time of writing this novella, I didn’t speak English well. The book having been originally written in my native Russian, there were too many mistakes and errors, both grammatical and stylistic, that obscured the work’s appeal, rendering it almost toothless. Knowing how good the original was, I began to revise the translation.

A week later, having made considerable progress and re-written a few passages for better coherence, I felt I was running out of inspiration and uploaded Nabokov’s Lolita, one of my favorite novels, on my Kindle. As I was listening to some of the book’s best excerpts (those where Humbert gets both eloquent and ironic), I was constantly asking myself whether or not the best parts of my novel (those where the characters get eloquent and ironic), can match the appeal of the Nabokov’s work. And then I realized that all I needed to do to find it out was to send the Word-file I was working on to my Kindle.

Nabokov seemed to have won the comparison, but I didn’t mind: what I had now was a formidably effective tool that allowed me to approach the question of how to revise a novel in a truly novel way. Sure enough, there were dozens of imperfections that I must have omitted dozens of times when reading, and that I caught upon the very first time hearing them.

The main culprits were words needlessly repeated multiple times within the same paragraphs; I also realized I made my main characters smile ironically and feign indignance more often than they should have. On the other hand, I noticed that some of the paragraphs which seemed potentially overloaded with metaphors produced the very effects I was after, which made me add similar paragraphs to the parts I thought called for it. The process of analyzing my novella by the ear enthralled me so much I completed the revision in no time at all, being much more confident in the results of my work than I would ever suspect myself to be.

The main advantage of hearing your novel read back to you is the ability to perceive it through a new medium. For most writers both the creation and the revision of their works happen in complete silence, which steals away a whole dimension of perception. Much as silence is needed for concentration, creative writing is supposed to resonate through the mind and soul, and hearing a novel read out loud is an excellent way of predicting how successful it will be at that.

Besides, if you are a true writer you are likely to be accustomed to perceiving the world by the ear anyway. What lies at the core of writing is the ability to think abstractly, and the same ability is responsible for the talent of a composer. A composer, too, may be able to listen to a partitura with his inner ear just by looking at the notes, but chances are, hearing an orchestra play the same piece will open up new horizons for him.

The main challenge of revising a novel by the ear is the necessity to rely on an electronic device, be it Kindle or anything else, which will most likely have a robotic voice devoid of human intonations. Thus, a phrase meant to be deadly serious will sound the same as an ironic joke. While I realize that this may be a problem for some writers, I would like to point out that you can never expect your reader to arrange the text according to the intonations you intended anyway. In fact, a flat and robotic way of narrating your novel should work to your advantage exactly by virtue of being emotionally unbiased. By hearing your text in all neutrality, you can see how successful you were at creating particular moods by the dramatic tension itself.

If you still want to use the help of a real person, even if it means recording yourself, I recommend saving this for the ultimate revision. Reading out loud takes more effort than it seems, especially when dealing with large excerpts, and especially when tackling an imperfect piece still needing revision. Take care of the little bumps first: this will let you focus on the overall flow of the novel, allowing to monitor how natural it progresses from one phase to another and elevating the quality of polishing to that of the finest jeweler.