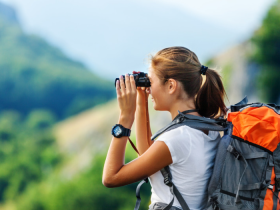 Alzheimer’s is bad news because the deadly disease cannot be cured or halted, unfortunately. What is worse is the fact that, in the latter stages of dementia, people tend to almost completely lose their original personality and memories. At that point, it is practically impossible to take care of them at home, since it will require constant trained assistance and monitoring just to keep them safe.

To avoid worst-case scenarios, you should take your parent to a doctor long before mild dementia turns into moderate or severe dementia. There is no way to be sure that someone has dementia, short of a medical diagnosis. The only problem is, how can someone know that their parent is exhibiting signs of Alzheimer’s early on? Take note of the following to know what those signs may be.

The hallmark sign of Alzheimer’s is forgetfulness or memory loss, but there are certain key aspects to note here. Some people have weak memories from the beginning, while everyone naturally loses a portion of their retention and recall abilities with age. To differentiate between natural memory loss and forgetfulness induced by Alzheimer’s, experts point to a few helpful observations:

Irrespective of a person’s previous history of forgetfulness or current age, someone with Alzheimer’s will exhibit instances of memory loss at a notably higher frequency than before. Those close to them should be able to tell the difference, because it will happen much more frequently. Misplacing things is a very common sign, and it will happen at a much higher frequency than before.

An aged parent forgetting about a dinner visit at their home is something that should not be considered as normal. Older folks often look forward to visits from their family members, so the magnitude of such an incident should be taken more seriously.

That’s just one example of course, which serves to point out the fact that even older generations are not supposed to forget about prior arrangements and daily schedules. Don’t assume that it’s just a sign that the person is getting old; instead, get them checked for Alzheimer’s.

If your parent is unable to recognize people that they know but have not met for a while, it’s a worrying sign. However, if it takes time for them to recognize family members, or remember their names, that is a big red flag for Alzheimer’s.

It isn’t uncommon for older individuals to forget about taking one of their long list of meds every once in a while, although that could mean they need assistance to live a safe life. However, if they are forgetting basic, daily tasks such as drinking water or eating breakfast due to simple forgetfulness, that’s another big red flag.

Even if your parent does not have dementia, growing instances of memory and recall issues do indicate significant neurodegeneration, whether it is a result of aging or some other disease. Post medical consultation, you should discuss assisted living options with your parent. Pay a visit to Brandywine Reflections in Brick, New Jersey with your parents and let them see that they do not have to live unassisted, lonely lives when you cannot be there to take care of them.

We all change with time but, without extreme external or internal influences, our core personality does not change to a point where it becomes almost unrelatable to our former personality. Therefore, if you note a sharp change in the personality of your parent, then it usually indicates a problem. Internal influences, aka psychological/neurological/medical conditions such as OCD, Alzheimer’s and hyperthyroidism are infamous for bringing about sudden, radical and extreme changes in one’s personality. The changes brought on by Alzheimer’s are usually the most severe in later stages, as well as being irreversible.

Even the most suave person may start to lose their ability to articulate their thoughts, perceptions, opinions, answers, etc., if they have Alzheimer’s Disease. Stammering, forgetting specific terms, names, dates, etc., while talking, are all signs that the person is losing their articulation in speech.

Now, this would be a difficult sign to note if the person in question wasn’t articulate or had speech impediments from a young age. However, just as we mentioned while discussing forgetfulness, there will be an increase in both frequency and magnitude in articulation. A close family member should be able to tell the difference even if an outsider cannot.

Aggression might be a result of several other symptoms already discussed in relation to Alzheimer’s. The inability to recall things may lead to confusion, and that confusion may lead to aggressive behavior. For example, an elderly individual may attack a family member, after not being able to recognize them and considering them an intruder in his/her home. Due to the aforementioned changes in personality, even a kind and loving person may turn hostile at the slightest of provocations.

A common cause for verbal aggression from a parent with dementia stems from their inability to remember incidents. When the person is unable to remember anything about an important incident and the other party insists on their forgetfulness, they may start to believe that they are lying and get aggressive as a result. Understand that patients with dementia usually become more and more aggressive with time, so this is not a sign or symptom that will pass.

It is difficult during the early stages to differentiate between normal age-related neurodegeneration and mild dementia. So, it is best to consider checking for the disease as soon as something feels off. Do not ignore the early signs of Alzheimer’s, as early diagnosis can make a huge difference in how the family is able to face this trying development. An undiagnosed patient with moderate dementia can pose serious threats to one’s own life, as well as that of others. It is also illegal for anyone with Alzheimer’s to drive, as that can lead to tragic and completely avoidable accidents on the road. 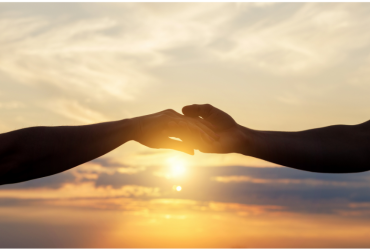 What to do After Someone Dies

If you have recently lost someone close to you, you probably ... 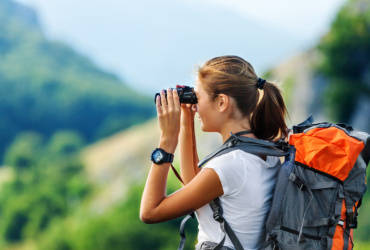 It’s that time of the year again, summer is almost upon ... 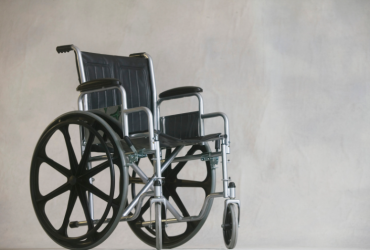 Tips and Tricks When Using a Wheelchair

Not every wheelchair user’s experience is universal. Some people find their ...