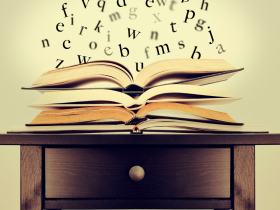 When I got home, I made a cup of tea and sat in a leather armchair, leaning as far back as its soft cavity allowed and relaxing every muscle of my body. Then, slowly sipping, I started browsing through the memories of my romantic involvements, starting from the present and going back chronologically: first by month, then, as the memories became more distant, by year. I forbade any indulgence in emotion, no matter how vulnerable this reminiscing left me: the focus was to be on the facts alone. Two hours and three cups of tea later, I had come to a crushing conclusion: I was putting everything into my love life without getting much in return.

With this thought in my head, I approached my mirror, a six-foot-tall beauty in a manually engraved wooden frame that I’d serendipitously stumbled upon and bought on the spot for what I thought was an unbelievably low price. I had not yet changed my clothes, so I saw a tall and elegant young gentleman with an exquisite face wearing an ivory cashmere sweater, a white cotton dress shirt, black wool trousers with ironed straights and a pair of not-so-ostentatious alligator shoes. I looked at him for a while and an involuntary smile broke on my face, which grew as I kept looking. Even if I disregarded everything I knew about this man, his struggles and successes, his thoughts and feelings, his lows and highs, I couldn’t help smiling at him because of how friendly he looked.

Returning to the armchair with my fourth cup of tea, a strange indifference engulfed me. It felt like a balloon filled with the poisonous gas of self-pity deflated inside my solar plexus until every vestige of it was gone. I sat still, observing the change with a vague curiosity, and then I stopped thinking. My mind went blank and the internal monologue quieted as I listened to the wind rustling through the nearby trees and throwing an occasional gust at my windows. Soon, my hearing became sharp enough distinguish the rumbling of a distant interstate road, and the roar of the cars driving by my house was suddenly so loud I couldn’t fathom how they didn’t wake me up at night. The walls seemed to exude a subtle vibration humming in unison with time itself, and I kept listening to it until the room became a vacuum devoid of anything known, the most soothing environment I had ever inhabited.

That night before I fell asleep, enveloped by an inner silence, I made up my mind about three things. First, I forgave all the women who had denied me their affection from the start or preferred other men to me eventually. Second, I decided to never judge any woman for either denying me her affection from the start or preferring other men to me eventually. And third, I allowed myself to pass on any woman I fancied, no matter how strong the attraction, at any point and for whatever reason. This meant, for example, that if I met a woman so stunning she made me forget to breathe, I could ignore her without thinking that I might have lost my opportunity for the best romantic involvement.

The next few days were fine; then my equanimity left me. Panic would overtake me whenever I saw a beautiful woman. MUSE’s song “The Small Print” played in my head, with its unforgiving “You’re to blame for all the life that you’re losing.” I felt like I was carrying an ocean of love inside that was doomed to aimlessly evaporate, sometimes feeling so bad that I had to close my eyes, take a deep breath and forget where I was and what I was doing, regardless of where I was and what I was doing. Yet I refused to give in. It was a most stubborn kind of determination, like I would rather die than back down, and the only prop I had was the eerie conviction that I was so right that no rational backup was needed.

After a month or two, the pressure abated, and I began floating in the world like a buoy on the crest of a wave, acquiring an unfamiliar lightness of movement. My posture improved, and I realized I had always slouched. I also stopped looking at people in the street, something I had always done, and developed a new habit of staring over their heads without focusing. And then the best thing happened: I began writing again.

Before coming to the UK, I had written every day, wrapping up three works by the age of seventeen and starting several novels, but the only things I had produced since setting foot on Atlantic’s grounds were a smattering of poems and a novella, which I submitted as my senior thesis in college. Other than that, I had been silent, and for no good reason. I never lacked ideas: on the contrary, they roiled in my mind, often dumbfounding in their lush detail, but I simply could not find the motivation to sit down and put pen to paper. In an occasional spurt of inspiration, I’d jot down a few pages of prose; then, a month later, I’d find the discipline to complete a poem I had started years earlier, before slipping back into lethargy. By the time of my epiphany, there were seven major works (five novels, a screenplay, and a narrative poem) that I had started, abandoned, and could not finish had my life depended on it. Do you know what it means for a writer to simultaneously not work on seven pieces? It’s like living a parody of a bad standup comedy from which all the jokes have been removed.

When I resumed writing, I immediately realized the pause had been created by women. They and literature were the two things I liked best, although I had never had more than four favorite women at a time, let alone seven. But having sex with a beautiful woman is a gratification more immediate than completing a work of literature so, impatient as I was, I pursued the former, much to my own dismay. What amazed me most was that I had taken so long to understand that it was easier to bring my emotions under control by writing. Writing depended only on me, and I had long been aware that I excelled at things that didn’t entail relying on others. Team sports had never been my cup of tea, unlike tennis or billiards; dating was also a team sport, and my partners let me down more often than not. But it didn’t matter anymore. I enjoyed this new status quo long enough to begin believing in its permanence—until a single incident annulled all my progress in one strike. And the force who hurled it at me, turning my placid existence upside down once again, was that merciless mistress whom I’ve named more often in the last ten pages than I have in the last decade.

Next Chapter – “Molly and Self-Importance”